Aims: To assess the attitude and practice of dentists in the Northern United Arab Emirates towards tobacco cessation advice.

Methods: An interviewer-administered, questionnaire-based study was conducted among 250 dentists practicing in the Northern Emirates in 2015. Statistical analysis was performed with the χ2 test and multivariate analysis.

Results: Around 88% of dentists exhibited good attitudes but only 37% had good practice of providing tobacco cessation advice to their patients. Nationality, level of education, total duration of practice and personal use of tobacco were significantly associated with attitude towards tobacco cessation. Nonusers of tobacco showed an odds ratio of 3.12 (95% confidence interval: 1.18–8.20) towards good attitude.

Globally, tobacco use has profound health consequences not only for the smokers but also for those who are exposed to second- and thirdhand smoking (1). There are different forms of tobacco available and consumed worldwide but cigarettes are predominant and account for 96% of global sales (1,2). In the Middle East, cigarette smoking has emerged as a serious public health problem (3).

Tobacco smoke and smokeless tobacco cause a variety of oral mucosal changes due to the irritants and toxins present in tobacco. In an effort to reduce mortality and morbidity associated with tobacco use, African and Middle Eastern countries have developed guidelines on the utilization of appropriate tobacco control policies initiated by the World Health Organization (WHO) Framework Convention on Tobacco Control (FCTC) (4,5). This policy also includes strategies such as the 5As (Ask, Advise, Assess, Assist and Arrange) and the ABC algorithm Ask about the smoking status, provide Brief advice to stop smoking to all smokers, and assist in Cessation those who are willing to quit (4–6).

A study in Hong Kong showed that dentists practicing in government sectors and those who have undergone training in tobacco cessation were more likely to enquire about their patients’ smoking status. Thus, appropriately trained dentists were 14 times more familiar with contacting local smoking cessation agencies and 8 times more likely to provide advice for smoking cessation to their patients (15). This study reflected the need for both didactic and clinical training in counselling skills in the undergraduate curriculum. Moreover, dentists should also undergo ongoing tobacco cessation training that will help them to acquire better knowledge and updated techniques (15).

Dentists are healthcare providers and play a vital role in educating the community about the effects of tobacco use on oral health and general health (17–19). Engagement of dentists in smoking cessation programmes will allow them to become involved in this significant area of prevention. The present study was conducted to assess the attitude and practice of dentists in the Northern United Arab Emirates towards providing tobacco cessation advice to their patients. We also assessed the association between attitude and practice in providing tobacco cessation advice and sociodemographic characteristics, years of practice, areas of specialization and tobacco use of dentists.

In 2015, we used a cross-sectional study to assess the attitude and practice of dentists in the Northern Emirates towards giving tobacco cessation advice to their patients. The study population included dentists practicing in hospitals, dental clinics, polyclinics, dental clinics in medical centres, and dental centres in primary healthcare centres in the Northern Emirates. We included general dental practitioners and specialists in dentistry. Dentists who were not willing to participate and those who were exclusively academics were excluded.

An interviewer-administered questionnaire was content and face validated by 3 experts from the field of tobacco research and 2 from the field of dentistry. Twenty-two questions were included each on attitude and practice towards giving smoking cessation advice. The questions were revised based on suggestions received from the experts. Pilot testing of the questions was carried out among 5 dentists to assess the comprehensiveness, feasibility and time needed to complete the questionnaire.

Ethical approval was obtained from Ethics and Research Committee of Gulf Medical University, Ajman and the Ethics Committee of the Ministry of Health, United Arab Emirates. Participants were approached personally and the purpose of the study was explained to them. Written consent was obtained prior to administration of the questionnaire and participants were recruited conveniently till the required sample size was achieved. A total of 250 dentists participated in the study with a response rate of 89.3%.

Table 1 illustrates the association between participants’ sociodemographic characteristics and their attitude towards tobacco cessation intervention. We found that female participants, those < 40 years of age and those with postgraduate and higher education had higher scores for good attitude compared to male participants, those aged ≥ 40 years of age and those with graduate education. None of these differences was significant. In contrast, participants from other regions had a significantly higher score for good attitude compared to those from the World Health Organization Eastern Mediterranean Region.

Table 4 shows the association between socio-demographic characteristics and participants’ total practice score for all domains toward tobacco cessation advice. Female dentists, those aged ≥ 40 years, those with graduate education, and those from other regions had higher good practice scores for all the domains as compared to male participants, those aged < 40 years, those with postgraduate and higher education, and those from the Eastern Mediterranean Region. None of these differences was significant.

Among all the variables, good attitude of the dentists was significantly associated with good practice towards tobacco cessation advice (P ≤ 0.05). When this factor was included in the simple binary logistic regression model, dentists with a good attitude were 3.18 times (95% confidence interval: 1.17–8.64) more likely to have good practice towards tobacco cessation advice as compared to those with poor attitude.

The current tobacco epidemic is one of the greatest threats to global health. Tobacco use has a detrimental impact on oral as well as general health (16,20). It is imperative that dentists recognize the need to include intervention for tobacco use prevention and cessation along with dental treatment. Our study aimed to determine the attitude and practice regarding tobacco cessation intervention among dentists practicing in the Northern United Arab Emirates.

Most dentists had a good attitude towards the domains Ask (81.2%), Advise (89.6%), Assess (66.8%), Assist (79.2%) and Arrange (69.2%). Studies in Malaysia, India, Hong Kong, Saudi Arabia and Islamic Republic of Iran reported that most dentists had an encouraging attitude towards providing tobacco cessation advice to their patients (7, 8, 13, 15, 16, 21). In contrast, a similar study conducted in the United States of America (USA) reported that only 58% of dentists had a positive attitude (22). Attitude depends on many factors such as knowledge and interest in practicing tobacco cessation intervention, which were not explored in this study. However, this varying attitude may be attributable to differences in interest in and knowledge of the perceived duties of dentists among the dental community.

Total attitude score of female dentists and dentists aged < 40 years was higher than in other groups but was not significantly associated. This observation was in conformity with that of Binnal et al., who reported that younger dentists had a better attitude towards tobacco cessation interventions than their older counterparts (23). One possible reason is that younger dentists are perceived to have more interest in such intervention compared to older dentists. Dentists who had attended intervention training had a better attitude than those who had not but the difference was not significant. This finding is in accordance with a study in the USA that reported that dentists who received training had a significantly more positive attitude towards tobacco cessation counselling (14). This indicates that training in tobacco cessation programmes has the potential to increase awareness among dentists and make them more involved in the provision of tobacco cessation counselling to their patients. Dentists who have never consumed tobacco had a significantly higher good attitude score than those that had ever been tobacco users. This finding is consistent with studies in Kuwait, Kenya and Finland that reported a negative attitude towards patient counselling about smoking among healthcare professionals who smoke compared to those who are nonsmokers (24–26). This provides insight into the fact that dentists hold strong beliefs that they serve as a role model to their patients (11,12).

In the present survey, actual involvement of the dentists in tobacco cessation interventions were reported as follows: Ask (39.6%), Advise (68.4%), Assess (24%), Assist (19.2%) and Arrange (18.8%). This is consistent with previous studies (22,27–30). Assisting, assessing and arranging were the least-often-delivered services by dentists despite an encouraging attitude towards them. This indicates dentists’ perceived lack of skill for their actual involvement in tobacco cessation interventions.

Good practice towards all the domains was observed to be higher among female dentists, dentists aged ≥ 40 years and general practitioners as compared to their counterparts but this association was not significant. Also, no significant association of total practice was observed with regard to nationality, duration of practice and number of patients treated per week. Dentists who attended an intervention training programme had better good practice than those who had not but this difference was not significant. This finding is in line with a study done in Hong Kong that stated that government dentists and those who received training were significantly more likely to have good practice towards tobacco cessation than their counterparts (15). Similar findings have been reported in the USA and Ontario, Canada (14,31). A Cochrane review concluded that healthcare professionals who were trained were better in offering tobacco cessation interventions (32). Good practice was observed more among nonusers of tobacco as compared to current tobacco users but the difference was not significant. This is in accordance with other studies (24,33,34). By comparison, a study in Ontario showed that former smokers and never smokers were significantly more likely to have good practice than current smokers have (31). This indicates increased awareness among nonsmokers about the adverse effects of tobacco use on oral as well as general health. Thus, effectiveness of any intervention may increase if the counselling is done by dentists who do not consume tobacco.

Dentists with a good attitude towards the domains Ask, Advise, Assess, Assist and Arrange were significantly more likely to have good practice in all the domains towards the provision of tobacco cessation interventions. This was similar to previous studies (22,25,35,36). This indicates that efforts to improve the attitude of dentists towards tobacco cessation interventions would increase the actual involvement of the dentists in provision of such interventions to their patients.

This study had some limitations. The cross-sectional design of the study allowed us only to provide a snapshot of the situation. However, the study assessed the attitude and practice of the dentists towards tobacco cessation advice, which were less likely to change over time. Dentists were recruited by convenience sampling, which may have contributed to selection bias. This limits the generalization of the results as the sample may not have been truly representative of the wider population. However, participants were recruited from a large geographical area and most dentists were able to respond to the survey.

We recommend training dentists at the individual and community level on the methods and techniques of tobacco cessation strategies. Training programmes should be planned and implemented by healthcare management teams and concerned authorities for all dental professionals at regular intervals. Skill-based approaches may be required to enhance the confidence and competence of the dentists in offering tobacco cessation intervention. Moreover, it would be advisable to arrange cessation intervention for healthcare workers, including dentists, as they are role models, especially to adolescents. 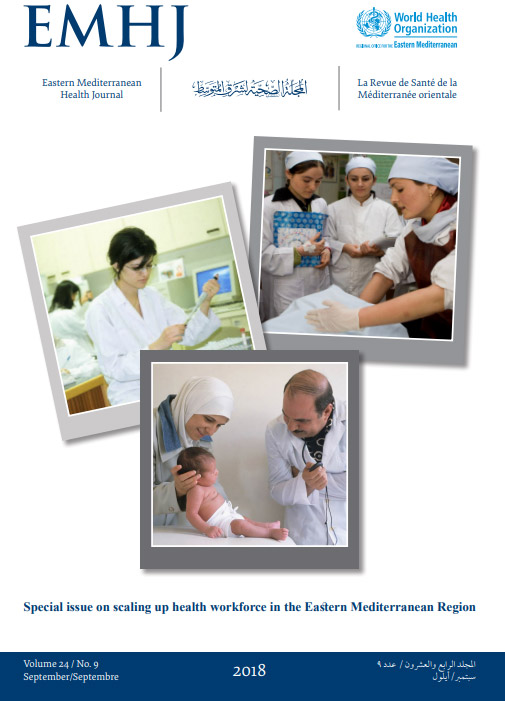